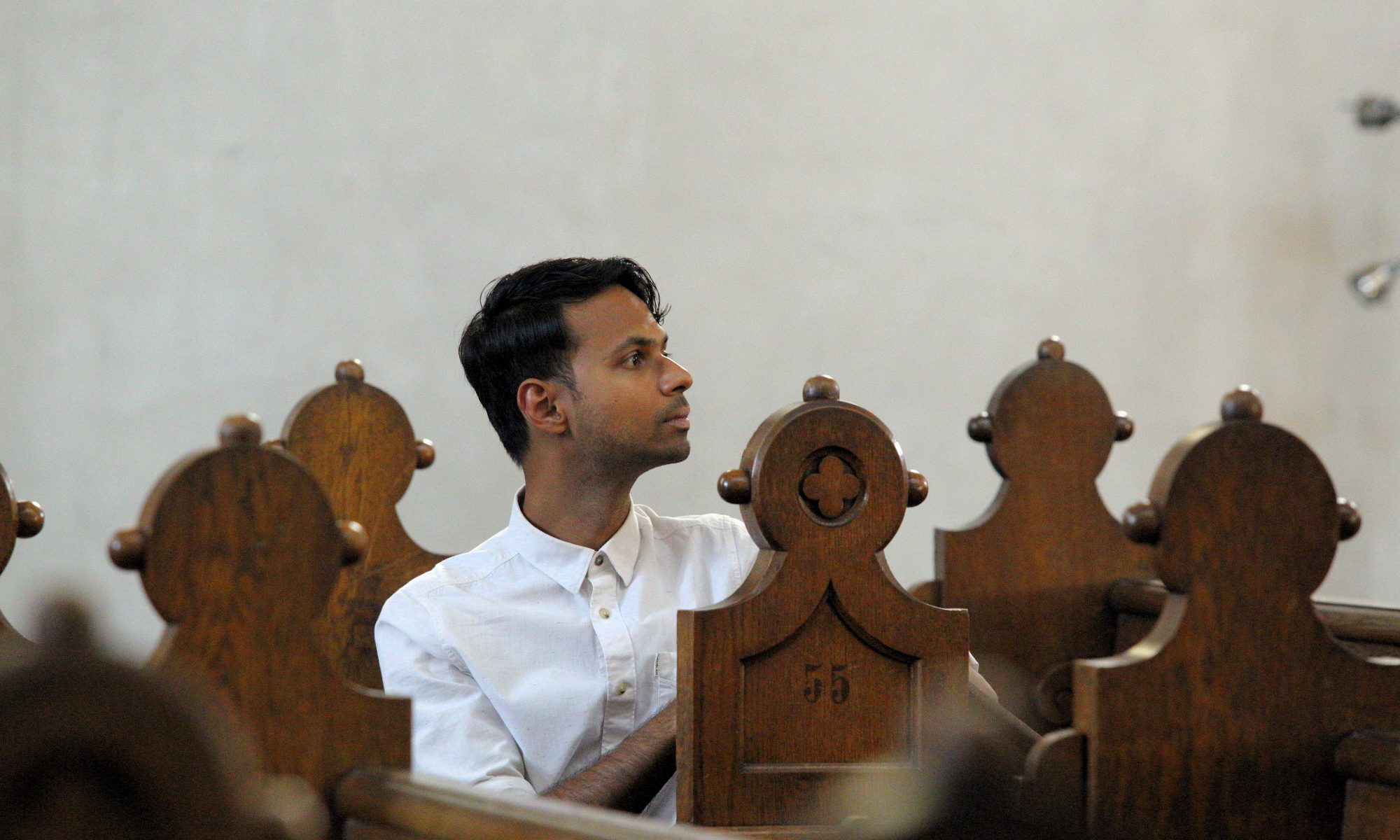 MANOJ KAMPS (1988) made their debut with Dutch National Opera and the Netherlands Philharmonic Orchestra in September 2020, conducting and co-creating FAUST [working title] as the season opening in the middle of the covid pandemic; they will return to DNO to co-create & conduct a new production during the Opera Forward Festival ’22. Manoj recently made their debut with Phion (formerly Orkest van het Oosten and Het Gelders Orkest) and with Belgian ensemble I Solisti, and will return to conduct Asko|Schönberg, Opera North and Phion in the near future.

In recent years, Manoj conducted the world premiere of Hilda Paredes’ Harriet — an acclaimed production with Muziektheater Transparant and HERMESensemble featuring Claron McFadden — at the Amsterdam Muziekgebouw, which they subsequently took on tour to Cervantino Festival (Mexico), Huddersfield International Contemporary Music Festival, Rotterdam Opera Days, the Théâtre de la Croix-Rousse (Lyon), and deSingel (Antwerp). Manoj made their US debut with the semi-staged première of MILA, Great Sorcerer by Andrea Clearfield at New York’s Prototype Festival 2019 with The Knights and the New York Virtuoso Singers, and conducted the Dutch première of The Gender Agenda by Philip Venables with Asko|Schönberg.  Manoj also made their UK opera debut conducting Opera North in Handel’s Giulio Cesare, having acted as associate conductor to Christian Curnyn on this production. Manoj also conducted the première of Calliope Tsoupaki’s Bosch Requiem at November Music in Den Bosch and at the Muziekgebouw Amsterdam, a multimedia programme with HERMESensemble at the Transit Festival in Leuven, a large symphonic programme including The Rite of Spring with a substantial tour of the Netherlands culminating at the Concertgebouw Amsterdam with the Nederlands Studentenorkest, and returned to work with Asko|Schönberg in their inaugural Words & Music Festival with music by Morton Feldman and in a series of concerts featuring the music of Claude Vivier in memory of their artistic director Reinbert de Leeuw, who was one of Manoj’s mentors.

Other highlights from past seasons include debuts with the BBC Philharmonic, the Brussels Philharmonic, the Ulster Orchestra; giving the world première and European tour of the chamber opera Be With Me Now at the Festival d’Aix-en-Provence, a new production of The Fairy Queen for Nederlandse Reisopera and the Veenfabriek, as well as several concert series with Cappella Amsterdam and with the Netherlands Chamber Choir.

Contemporary music has always been a cornerstone of Manoj’s career and they have conducted premières by Michel van der Aa (The Book of Sand, a digital project created by the composer), Peter Eötvös (Dutch première of da capo with ensemble Ludwig), Karlheinz Stockhausen (Dutch première of Mikrophonie II) and Louis Andriessen (first performances of early works, under the composer’s guidance) amongst many others, at festivals including the Holland Festival, the AAA Festival of the Royal Concertgebouw, Aldeburgh Festival, Gaudeamus Festival and Musica Sacra Maastricht.

Manoj began their music lessons with Sureka Amerasinghe and is a graduate of the Royal Conservatoire of the Hague, where they studied orchestral conducting (with Jac van Steen and Kenneth Montgomery); composition (with Roderik de Man and Calliope Tsoupaki) and choral conducting (with Jos van Veldhoven and Jos Vermunt), completing the latter with highest honours. They received further professional coaching in choral conducting by Daniel Reuss. Manoj has been supported generously in their studies by the Kersjes Fund for Conductors, the Ars Lunga Foundation and the Prins Bernhard Cultuurfonds.
Manoj is a passionate advocate of music educational projects. Besides several collaborations with the Chineke! Juniors in festivals at the London Southbank Centre, Manoj also collaborated with the Dutch Radio Music Centre and the Dutch National Opera on large educational projects and has created own projects which allow schoolchildren to be an integral part of (semi)-professional productions.

For an audiovisual impression of Manoj’s work, please have a look at the Media section of this website.

NB: Manoj identifies as queer and nonbinary, and uses they/them pronouns as demonstrated in the text above. Please do the same when writing about Manoj. (In het Nederlands gebruikt Manoj de voornaamwoorden hen/hun en die/diens).
Last updated in June 2021
No alterations to this biography may be made without permission. Please contact IMG Artists if you wish to use this (or a shortened version of this) biography. A Dutch version is available upon request.