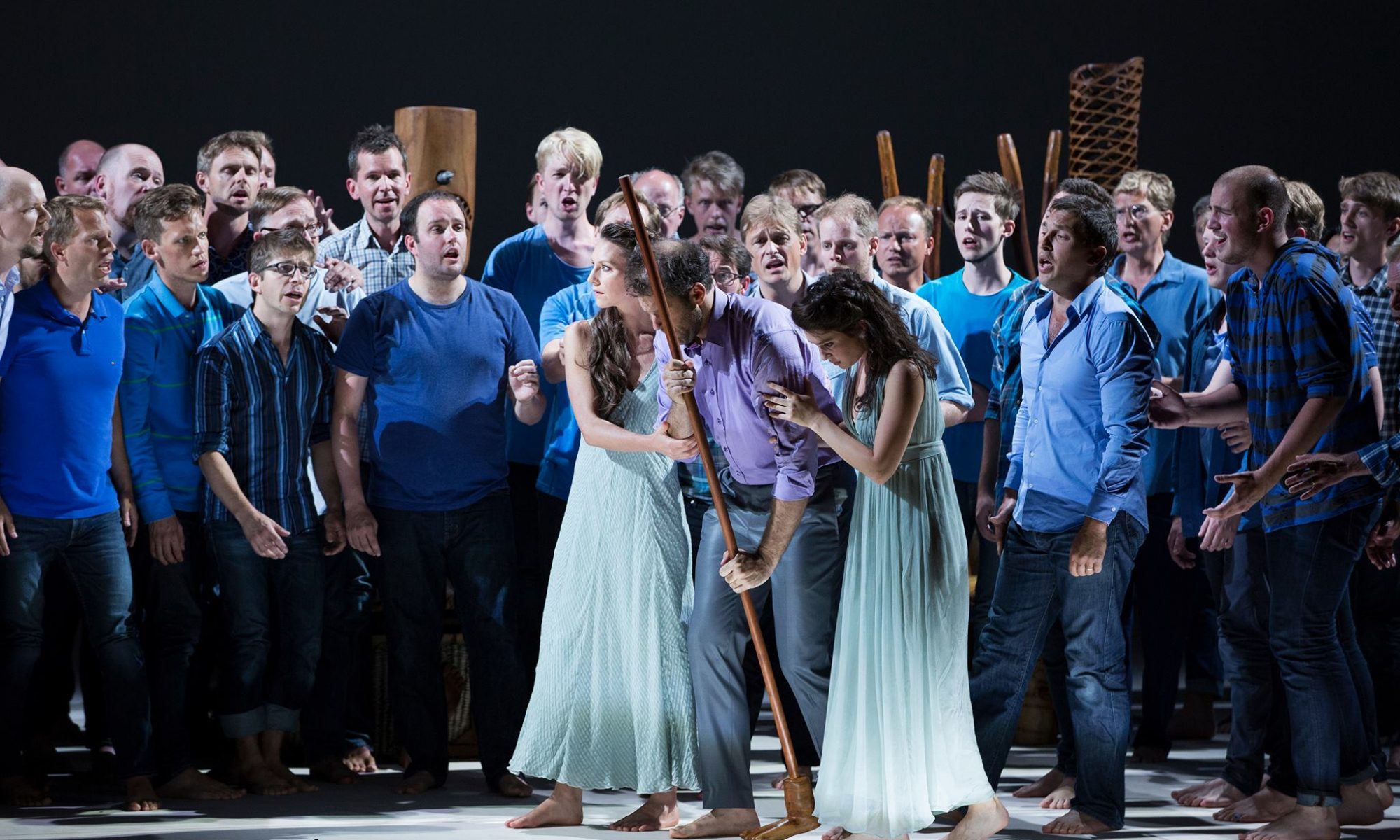 In Nice, in 1930, Igor Stravinsky completed his ‘Symphony of Psalms’, written for the 50th anniversary celebrations of the Boston Symphony Orchestra. Though the occasion was a festive one, it is, for the most part, an austere and painful piece, with another dimension finally appearing in the widely spaced C major chords of the last movement.

Peter Sellars stages this concert piece as the apotheosis of the Oedipus story in a double bill with Stravinsky’s Oedipus Rex as the first part. Oedipus is exiled, cannot see the world the way other men do anymore as he is now blind, and the only deliverance he finds is that within, by truly cleansing himself and opening up to a different kind of light that shines on him and ultimately frees him. The first movement of the Symphony is staged as the exile, the second is the search for deliverance and for a new song, and the third is the light, him becoming the light, as he finally ‘has gone beyond, and is no more’ (echoing the first movement text ‘prius quam abeam et amplius non ero’).

Prior to that, the tragedy of Oedipus Rex has unfolded, inexorable and harsh. Oedipus is continuously placed before a succession of events through which the predestined tragedy comes to light. The music of Stravinsky alternates with spoken text that Sellars adapted from the original Sophocles, and it is Oedipus’ daughter, Antigone, who narrates to the audience this story of how the adults around her bring their own downfall upon themselves, causing great madness and destruction.

After the horrific events in Nice last night, perhaps performing the Symphony of Psalms, with its austerity and profound darkness that implode into dazzling light, completed there 86 years ago, is a very humanly vulnerable and very powerful attempt to survive madness, to somehow deal with death, and come out stronger on the other side.
Some lines from this production have stuck with me ever since I saw the text that Sellars assembled and I have heard it many times since during the rehearsal period. Tonight the Festival d’Aix-en-Provence will observe silence in memory of the victims, before commencing the ritual that is Oedipus Rex / Symphony of Psalms, led by the inimitable Esa-Pekka Salonen.

Alas for the seed of men.
What measure shall I give these generations
that breathe on the void and are void
that exist and do not exist
whose joy is a dream,
a vision?
–
Was happiness enough? Where is it today?
Touch the man of sorrow, go on,
don’t be afraid.
Pray for the living.
–
Now let the weeping cease.
Let no one mourn again.