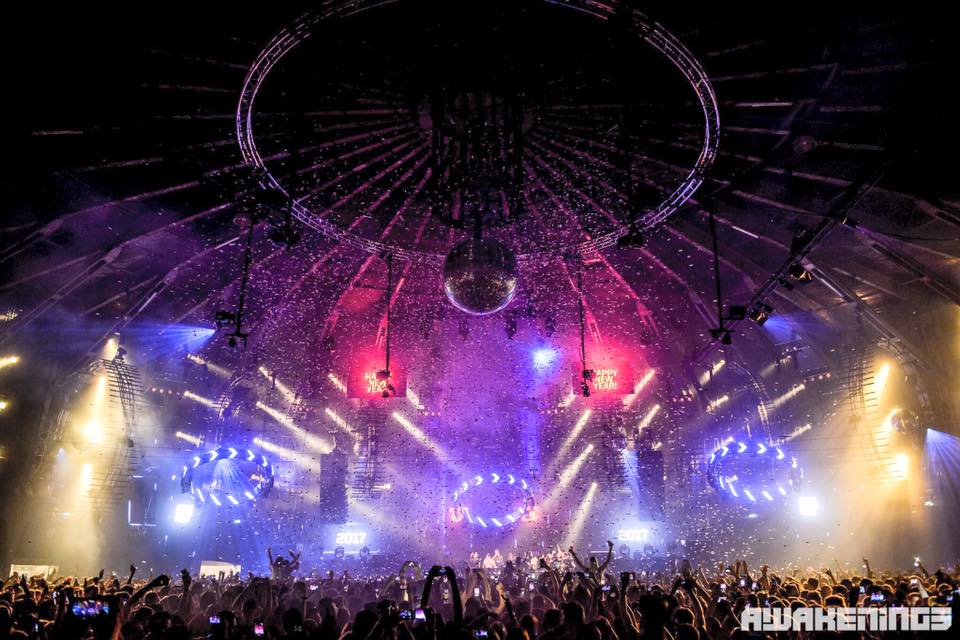 Barely half an hour into the New Year. Dancing surrounded by an overwhelmingly straight, white crowd in Amsterdam. Spectacular techno.

He’s taller than most. Cute quirky dance moves. He’s with two girls. They seem intimate together. His eyes and mine meet. And again.
‘Having a good time? I like your dancing!’ I tell him. Surprise at my forwardness. ‘Thanks, it’s a fun party.’ Chit-chat ensues. Then, my question. ‘Are you more into guys or into girls?’ ‘Well, if I was into girls I wouldn’t be talking to you in this way.’ Something leaps within me.

More dancing. The party truly takes off. Stealing a kiss. His eyes dart around the space, anxiously. ‘What’s wrong?’ ‘Are you sure this is okay?’ he asks me. ‘I think it’s okay,’ I reassure him. ‘But it’s really a straight party, and we’re two guys, dancing together!’ he remarks.
‘Look’, I have my arms around him while I say this, ‘if this wasn’t okay in their eyes, that would be even more reason to keep doing it.’ Silence, but for the incessant thumping beat. Looking in each others’ eyes, how long? Then, First Real Kiss.

Eyes flitting about, anxious again. ‘Are you okay?’ I ask. ‘Well yes, this is so lovely, but… my sister’s never seen me with a guy.’ The two girls I saw earlier are at a few arms’ lengths away, but I only now notice them again. They’re focused on each other. Now and then, a glance and a warm smile in our direction.
I’m dancing with sister now, and I say ‘I really like your brother.’ She giggles. ‘Have you ever seen him with another guy?’ ‘No, I don’t think so. But you guys are so sweet together!’ she assures me.
‘Thank you,’ I say, ‘he’s so shy about all this… maybe would you please tell him that too?’
‘I’ve been wanting to hug him and reassure him for ages but I didn’t want to steal him from you!’
I feel warm inside. ‘Please go and tell him this and give him his hug!’ I implore her.
They embrace and laugh more than I have seen them do all evening. Something within me leaps higher than before. Unicorns and rainbows. And sadness also, a gust of icy wind. A few days later he tells me ‘my sister was constantly worried about someone hurting us.’ My gay best friend and party buddy that night tells me how he too had been always on the lookout himself, just in case. It may be 2017 now, but Orlando was less than a year ago.

The rest of the party is a blur. Random girls come and go, telling us we look so cute together. A group of straight guys moves past us, pauses to watch us dance. They all hug both of us in turns and say we’re awesome.

There we are, dancing the night away, as good as oblivious to any hate that might arise. He and I talk and keep talking and are still talking today. Here I am, writing this in full health and happiness, with a new special person in my heart and mind. I am so grateful and I am so fortunate, for countless reasons. I would never want to let fear take over. We have come so far. But there is that nagging little voice, too. Stuck on repeat.

‘Were we just lucky?’